Recommendations for the most promising activities, policies and tools

The recommendations are drawn from the results of the FAIRWAY research programme, the effects of some of which are modelled using MITERRA-EUROPE and GeoPEARL, integrated assessment tools at national and EU level.

FAIRWAY's most important key messages were determined, from which the knowledge for most promising activities, policies and tools evolved. A methodology was applied to build project’s key messages without losing track of the original authors, linkage to research tasks and case studies, and relevance to stakeholder groups. With this methodology a vertical and horizontal distribution of knowledge between science and practice has been clearly documented and can be followed through by any interested reader. 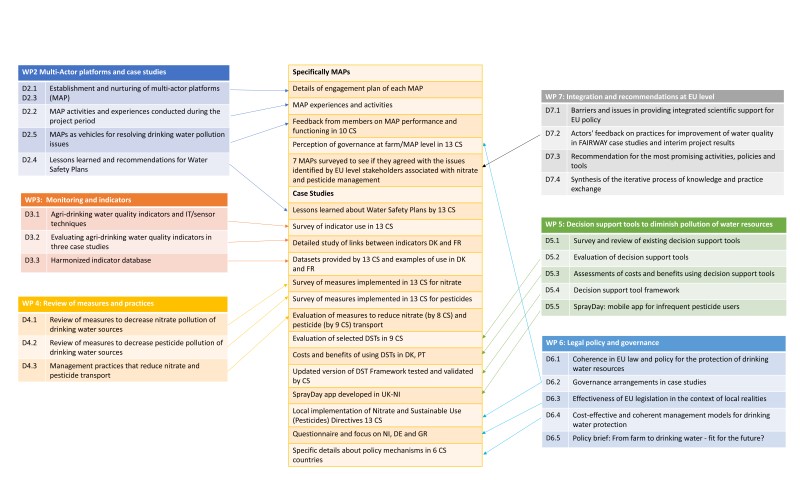 The MITERRA-EUROPE model was applied to assess the potential effects of the promising measure cover crops on nitrate leaching on NUTS 2 level in the EU. The results are compared with scenarios without cover crops, high implementation rate of cover crops, and balanced nitrogen (N) fertilization. 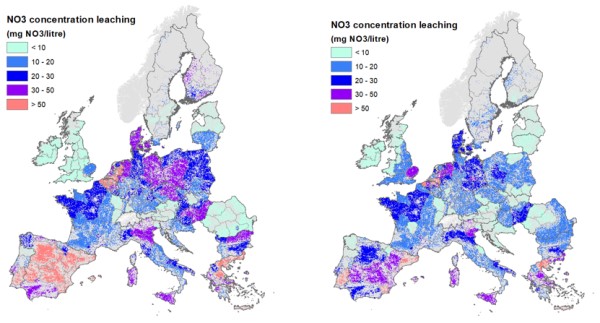 The main conclusions of the assessments of most promising nitrate measures using MITERRA-EUROPE are:

The effectiveness of measures that can reduce pesticide leaching (residues of plant protection products) was assessed using the spatially distributed model GeoPEARL. The leaching to groundwater of pesticides in the safequard zones of seven drinking water areas in the south of the Netherlands were assessed for potatoes, maize, grass and leek. The seven areas are part of the Noord-Brabant case study. Measures include mechanically weeding instead of use pesticides, a reduction the pesticide dose with 50%, and less applications in time (1 instead of 2 applications and 2 instead of 3 applications). 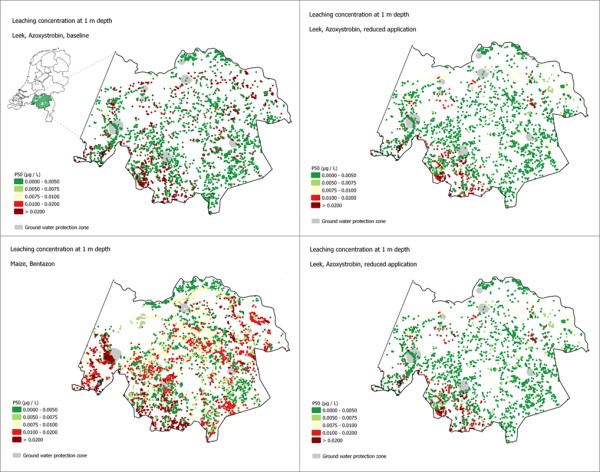 To sum up, the following recommendations on most promising measures can be derived from the results of GeoPEARL calculations:

Research highlights: Recommendations for the most promising activities, policies and tools
Go To Top